Well, everyone needs to start somewhere. You wont be scoring quad-flip reset shots if you dont know how to move your car on the ground. So lets start with moving. To move, press the right trigger to move forward, and the left trigger to brake. Use the left joystick to steer your car, and press "X" to powerslide. Powerslide makes you car take quick turns faster. A way to see the ball while it is moving fast is to use ball cam, by pressing "Y". Ball cam changes the focus from your car to the ball, making it easier to see.

Jumping can aid in hitting a ball that is slightly off the ground or bouncing. To jump, press "B" Hold B to jump higher. While you are jumping, if you try to steer your car will turn in middair. You can use this to angle your car for better aimed or more powerful hits, but more on that later. You can also double jump to gain even more altitude. To do this, let go of your left joystick while jumping, and press B again. 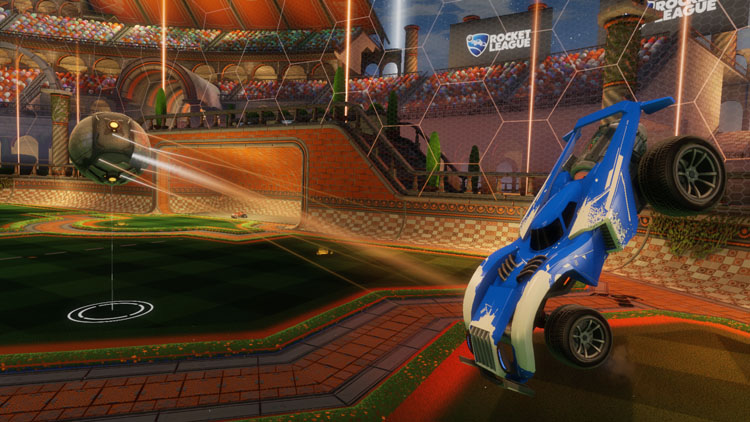 By pressing "A" while you boost bar is partially or fully filled, your car will gain speed much faster than at a normal rate. To gain boost, collect the small pads around the map for 12 boost. To fill your boost, gather the golden orbs on the perimeter of the map. The boost orbs and pads take time to recharge before they can be collected again. By boosting, you can get to the ball faster, and when you hit the ball it will be way more powerful. After you boost for a while, you car will enter "supersonic mode", in which your car will be able to demolish other cars by ramming into them. Hitting the ball at this speed will make it go very fast. 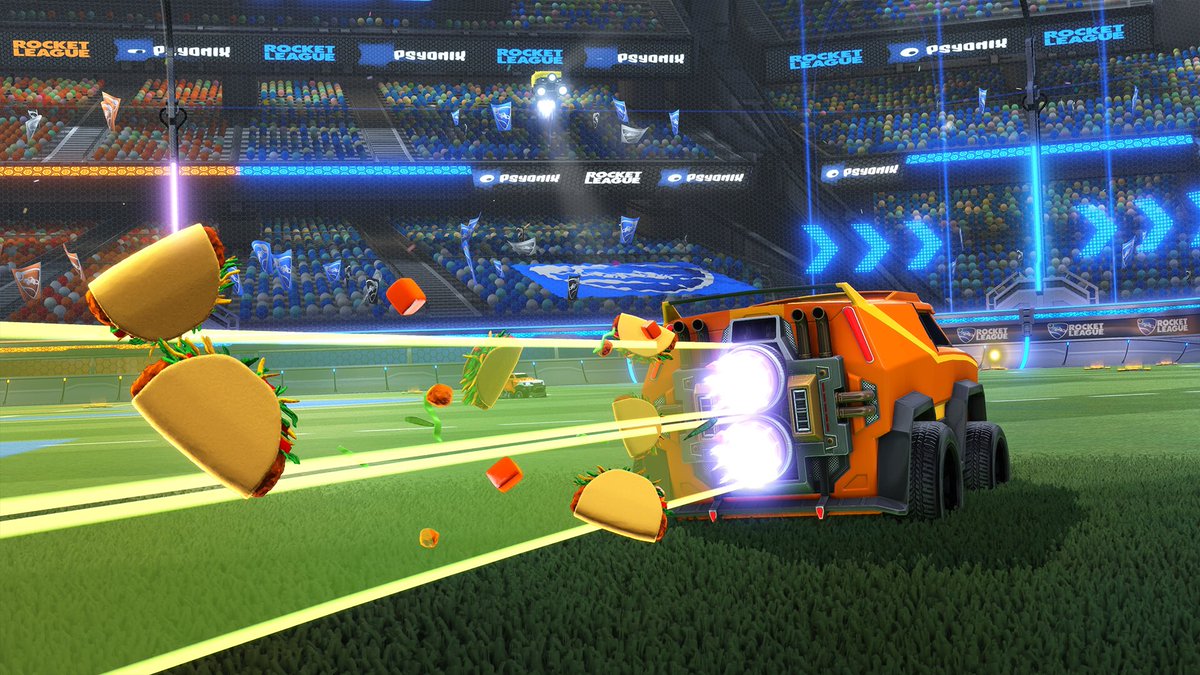 A way to hit the ball faster, or move if low on boost, is to dodge and flip. To do this, double tap "B" while holding your left joystick in the direction you want to dodge. You can frontflip, backflip, and dodge side and left.

An important aspect of the game, especially in the higher ranks, is hitting a ball while it is in middair. Aerials are important because it helps you get to the ball before your oponent, which can turn a defense into an offense attack very quickly. To aerial, jump up, aim the nose of your car towards the sky, and boost, all at the same time. Then, very quickly, press your jump again to double jump. It takes practice, and you will backflip many times before you get it right, but when you do it right, you car will leave the ground and be airborne! While you are in the air, you can turn your car around and go forward by pressing boost, however your boost will run out quick, and you will fall to the ground. To perform an aileron roll, press the left button or the right button, respectively. Practice just flying first, and then after that try to go into "Aerial Training" to hit the ball while flying. Dribbling can help control the ball while grounded. It also allows you to juke out goalkeepers by cutting back on the ball just before the goal.To dribble, get under the ball by hitting the ball very lightly. Keep the ball on top of your car and slowly gain speed, and the ball will follow on top of you. Right before you the goal, you can trick out the goalkepper by jumping up, or even flipping, to make the ball go high and fast. 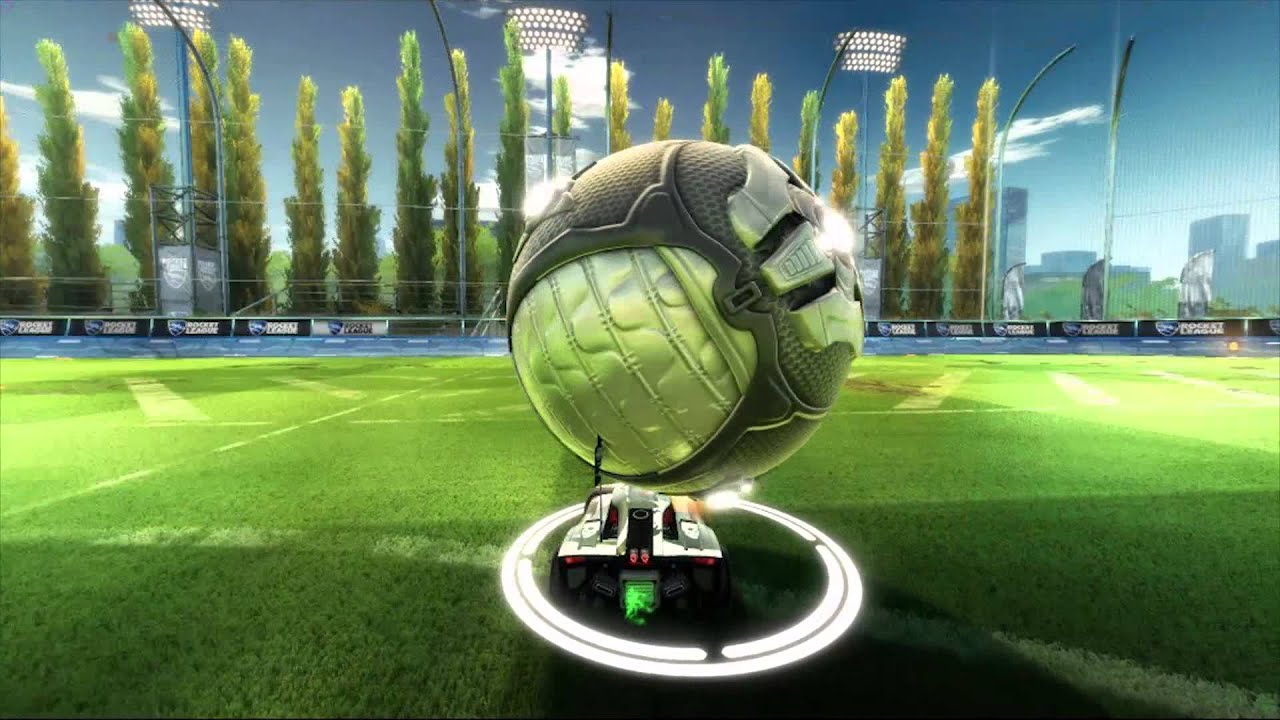 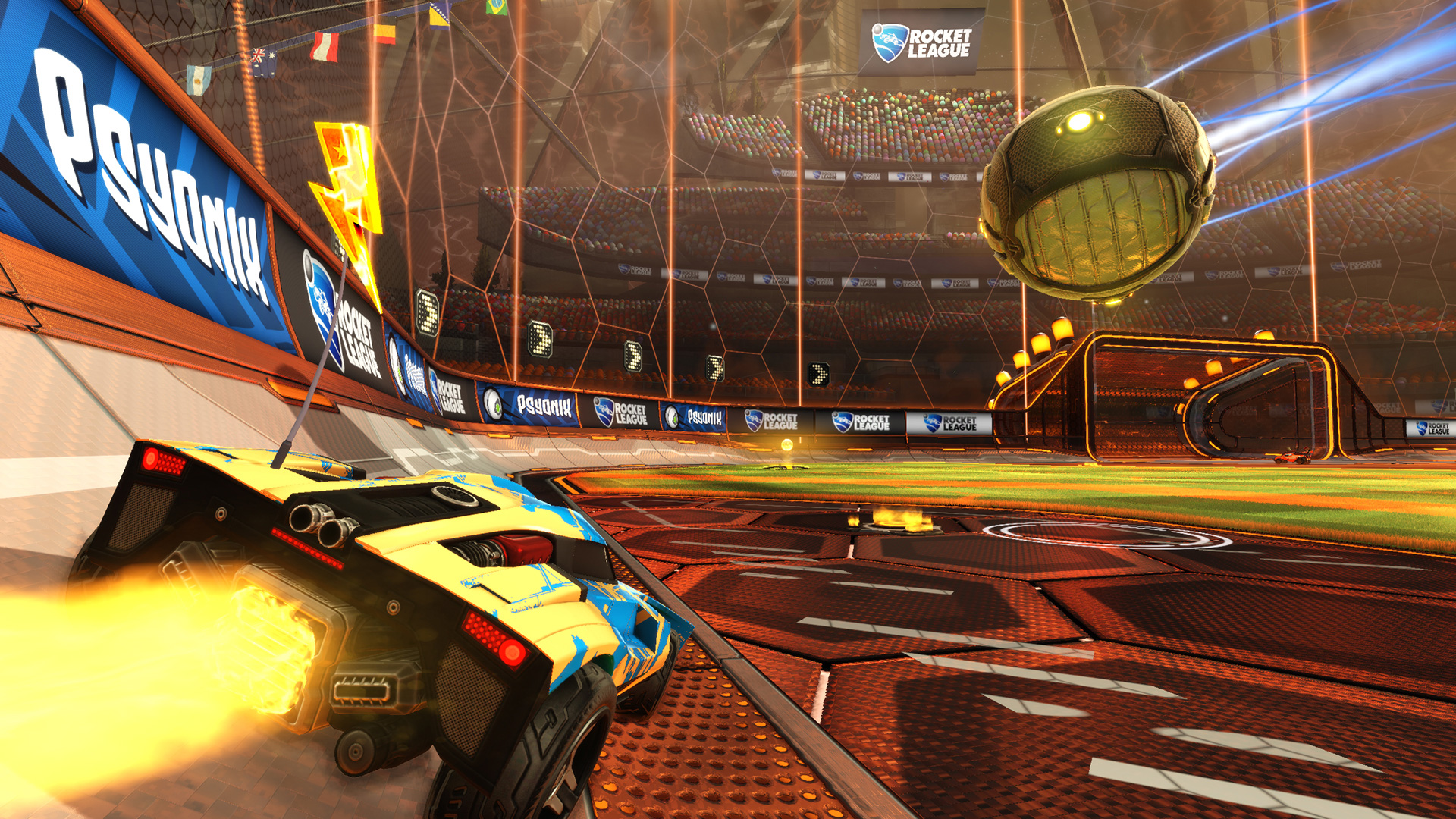 Bumping is a surprise tactic to take out a goalie. It works by acting like you are dribbling, then going in front of the ball as it is still rolling to demolish or bump the goalie. This will let the ball slowly roll into the goal. It works best in 1's and 2's, but can also be aplied to 3's. Be careful, though! Since you have to sacrifice ball control to go to the goalie, if he sees that you are coming to demolish him, he might jump out of the way and save the ball easily. Pro players can predict where the goalie might go to save the ball, leading to insane aerial demos and bumps. In 2's and 3's, you can also get your teammate to demo the goalie, leading to an easy shot. Generally, however, this is considered bad sportsmanship and should only be done in critical scenarios. 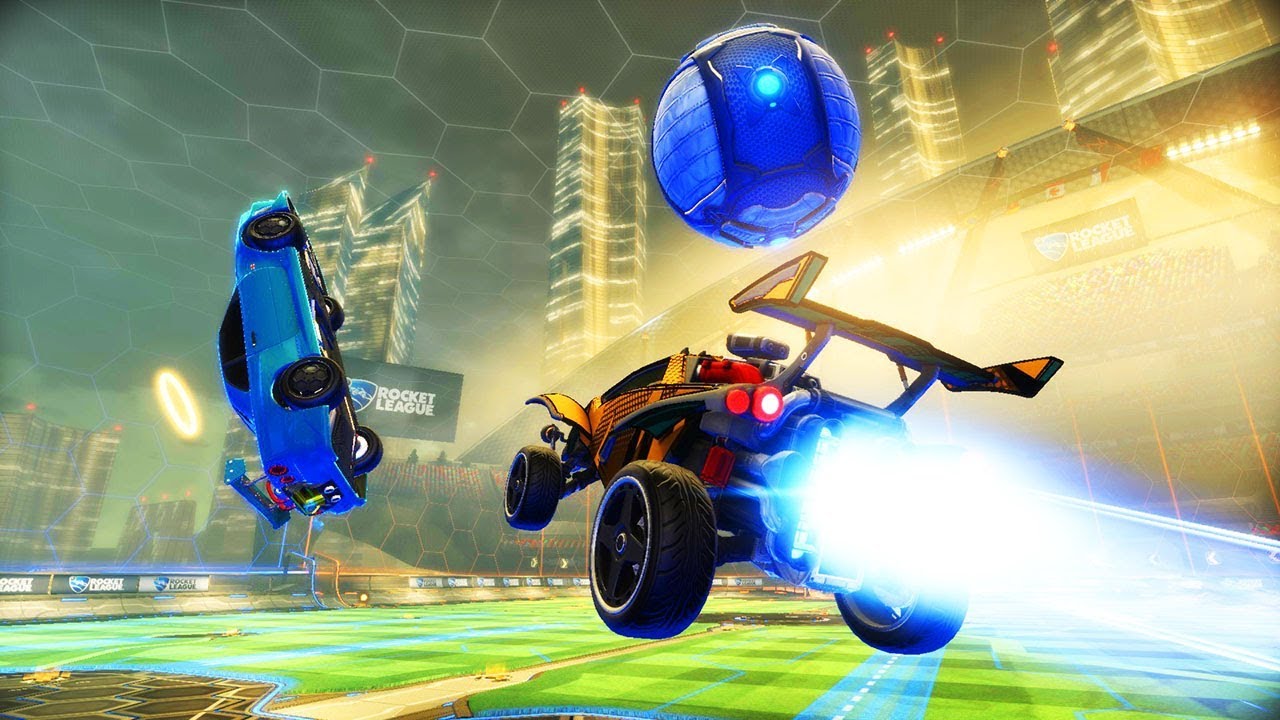 A flip reset is an advanced tactic that allows you to gain another flip on the ball. This allows you to hit it 2 or more times middair with lots of power, to make the ball almost impossible to save. Remember, to gain a flip or dodge in rocket league, you need to have all 4 wheels on the ground. A way to simulate touching the ground while in middair it to "land" on the ball. If you can land on the ball while in middair, which takes advanced skill in aerial control, you will be able to flip back into the ball. This will add lots of aerial power, almost always tricking out a defender or goalie.

Another way to get a middair flip is to utilize the ceiling and gravity. If you take your car to the top of the arena, gravity will pull your car down. This means that you never jumped to be in the air,and you will have a flip. If you can catch up to the ball without using your flip, you can then flip into the ball, adding lots of power to your shot. You can even further advance celing shots by gaining another flip reset on the ball.

A double tap is a unique aerial skill that is almost impossible to defend against, and it looks very flashy aswell. To do this, hit a ball up on target, but just above the crossbar. Then fly up to the crossbar, where the ball is, and angle your car where the ball bounces off the crossbar, back into your car, and into the goal. It is a very satisfying shot to score.

Redirects are very tiny taps of the ball that dont add much power, but sends a ball toward to goal. To pull one off, angle your car where the ball hits your wheels (so that it doesnt add much power) and also faces towards the goal. These are one of the most satisfying goals to score, but require much practice to perfect. Sometimes redirects just add more power to a ball already headed toward the goal, as to make it harder to defend.

Rocket League fan site made by Pravir Gurukar @2018. Thanks for visiting!